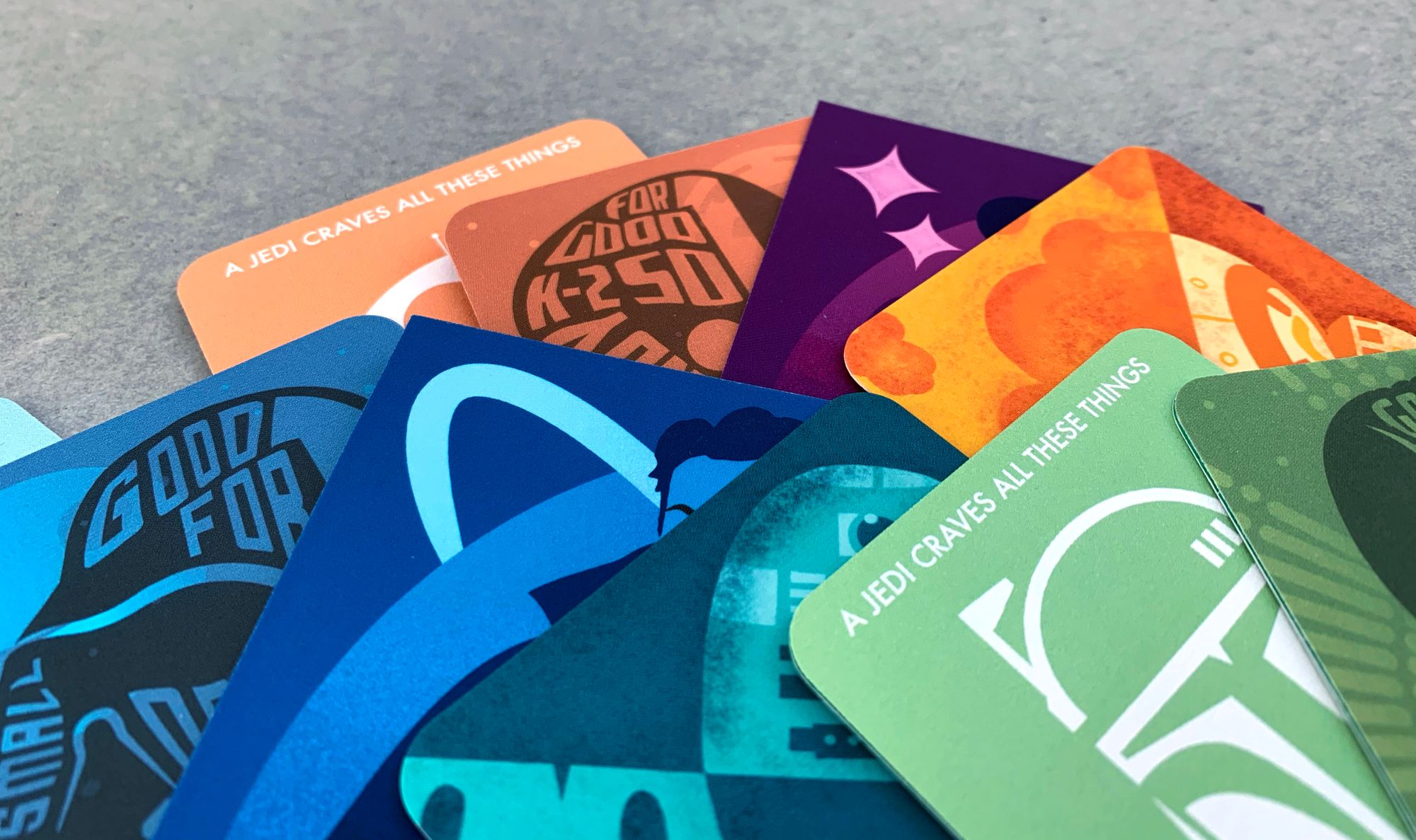 A long, long, time ago, in an office not too far away… a small-but-powerful company was formed. Over the past 20 years, a team of talented people has joined together as trailblazers, truth-seekers, and inventors to do amazing things.

That was Treefort and now, Screenfeed. Our team is incredibly valuable to us, and celebrating that is something we look forward to every chance we get.

Starting in 2015 with the release of Star Wars: The Force Awakens, Jeremy, our CEO, began an annual tradition of bringing our team, family, and friends together to celebrate our team and reflect on the year. In addition to experiencing the latest Star Wars film, we have an opportunity to bond, get to know each other’s families, and screen our annual end-of-the-year recap video. (Check out the video here!)

As part of each event, our Associate Creative Director, Alyssa, was tasked to create custom tickets and snack tokens. These tickets added to the experience and created a lovely keepsake for the attendees. Over five years, we’ve accumulated quite a unique collection. Check out the series below with some design nuggets from the designer and illustrator herself, Alyssa.

Starting at Treefort in November, this was my first project. You can imagine my excitement being tasked with such a fun project, especially as I’d been a fan of the series since my Dad had me watch Return of the Jedi as a kid. For this set, I wanted to use a vintage, soft color palette that could both re-invigorate and pay homage to the original films.

In a departure from the saga we’ve grown to love, Rogue One: A Star Wars Story was released. Pulling as much inspiration from the trailers as I could, I included the new K-2SO droid and Jyn Erso. As this was a completely new Star Wars story, I worked with a fresh illustration style, morphing the typography into new shapes. Using the color palette from the previous year, I added richness and contrast with a deep charcoal gray.

Using a new illustration technique and style, I pulled scenes from the trailers to the ticket and tokens. I also changed up the color palette after seeing the land speeders kicking up intense red dust.

The marketing for the film used intense, bold, and vintage design trends, and I wanted to carry this into the tickets and tokens.

Sticking with a monochromatic and textured style helped to keep these cohesive. I also experimented with more figure illustrations. I wanted to show their personality while keeping the illustration style graphic.

“The Story Lives Forever” and the last in the saga. I knew this one had to be unique. After seeing the trailers, there was a deep sense of “Who will win—the light side or the dark side?” “Will Rey go to the dark side?” “What about Kylo Ren?”

From this dichotomy, I had the idea to somehow have the tickets feature either the dark OR the light side. But how? The solution I eventually came to: TWO different tickets! (Muahahaha!) Depending on your luck of the draw, attendees either got a ‘Dark Side’ ticket (dark typography on the back) or its ‘Light Side’ counterpart (light blue typography). It created a fun little Easter egg for each person to see if they were light side or dark side.

Trying something new from previous years, I illustrated this on the iPad Pro. It created freedom from the computer and presented the opportunity to illustrate a more natural and analog-looking result.

I’m proud of the series of tickets and tokens we’ve made, but not nearly as happy as the time we’ve been able to spend together watching these films. It’s a fun event our team looks forward to each year.

So what do you think? Do you have a favorite in the collection or want to share how your team spends time together? Shoot us an email or tweet, and don’t forget to subscribe to The Digital Signage Content Blog keep up with our team.